The Museum of Savage Beauty 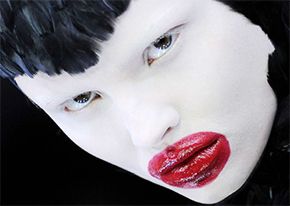 As many of you will already know, the V&A has just opened Alexander McQueen: Savage Beauty, a fabulous exhibition which celebrates the extraordinary creative talent of one of the most innovative designers of recent times. It is the first and largest retrospective of McQueen’s work to be presented in Europe. (14 March – 2 August 2015)

To support the exhibition, the V&A has created a number of wonderful online resources, including video footage of McQueen runway shows, interviews with collaborators and a wonderful interactive titled The Museum of Savage Beauty. Follow the link provided below to discover the hidden stories and craftsmanship behind some of the most remarkable objects made by Alexander McQueen and his creative collaborators. An interesting feature is the placing of the designer’s iconic pieces alongside historical objects from the V&A’s collections, which represent some of the many design traditions that inspired him.

Link to The Museum of Savage Beauty http://www.vam.ac.uk/museumofsavagebeauty/