Symposium minus one week – what’s on in Dunedin, updated

Posted on September 14, 2018 by karinwarnaar 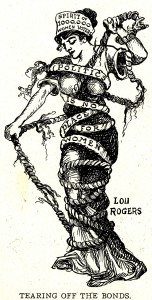 With just a week to go before the symposium, some further information about all that’s going on, especially for our out of town guests.

First: the service announcement. Dunedin has been trying this spring lark for size this week and it’s looking to be warm and fine next weekend: https://www.metservice.com/towns-cities/dunedin#!/ten-day

Second: there is a lot going on in Dunedin the weekend of the symposium to appeal to the textile enthusiast. You’d think they’d done it deliberately, but we won’t flatter ourselves.

At Dunedin Public Art Gallery, as previously mentioned, there’s Space Suit, which explores the space occupied by textiles and sculpture, including the signature Ronnie van Hout Space Suit and many more delights. There’s also delight in the opposite gallery, in which Four highlights recent local practice, including Megan Brady’s wall-to-wall carpet installation. 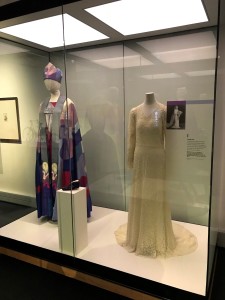 3. Wedding dress worn by the University of Otago’s third female law graduate Marion Robertson on the occasion of her marriage to John Gilbert Thomson in 1937 and vestments made for the consecration in 1990 of Penelope Jamieson, the first woman in the world to head an Anglican diocese. / Toitū Otago Settlers Museum

A couple of blocks away, at Toitu, Suffrage and Beyond celebrates Suffrage 125 highlights the lives and works of local women since 1893; dress and needlework make up a significant proportion of the exhibition, from school uniforms to Olympic kit to ecclesiastic regalia. If you’re in Dunedin on Thursday, Toitu is hosting a New Zealand Fashion Museum photography pop-up from 10am-4pm.

Heading over to the Otago Polytech side of town, Otago Museum is marking its 150th birthday with est. 1868 highlighting some of the largest, smallest, quirkiest, sexiest and deadliest items in its extensive collection, including some rather gorgeous textile items. An informal Textile-est floor talk  is on offer on Friday afternoon 1-2pm. The Museum is also offering extra opportunities to hear from some of the symposium presenters, with Angela Lassig speaking about Berlin wool work in 19th century New Zealand on Thursday 20 September, 5.30pm. Dr Michael Marendy is staying on a few days, so will speak on Tuesday 25 September on Brisbane dressmaker Mrs Janet Walker.

A little further afield, the Loom Room (11 Allen Street, North East Valley) will be open to visitors on Friday 21 September, 12-2pm. Christine Keller will also have a space in the symposium Hub over the weekend, but if you want to see the bigger  studio, this is your chance. 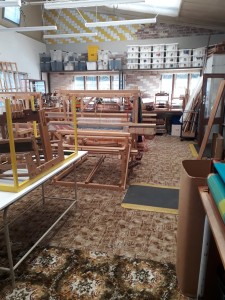 As previously mentioned, the symposium weekend is also the opening weekend of the Dunedin Arts Festival, which includes three performances of Beloved Muse, the story of Viennese designer Emily Flöge, who, when she wasn’t running a successful business, modeled for her artist partner Gustav Klimt. The festival organisers encourage the first night audience to dress for the occasion: era-appropriate or black and white, but there’s no reason we can’t make the same effort if we end up going on Sunday night instead.