Georgina White, one of our keynote speakers for this year’s symposium, has just opened a new exhibition in the Pictorial Gallery at the Auckland War Memorial Museum entitled Mr. Jones’s Wives. The exhibition takes its title from a nickname coined by the news men of the day for the ‘war brides’ who settled in New Zealand following World War II. 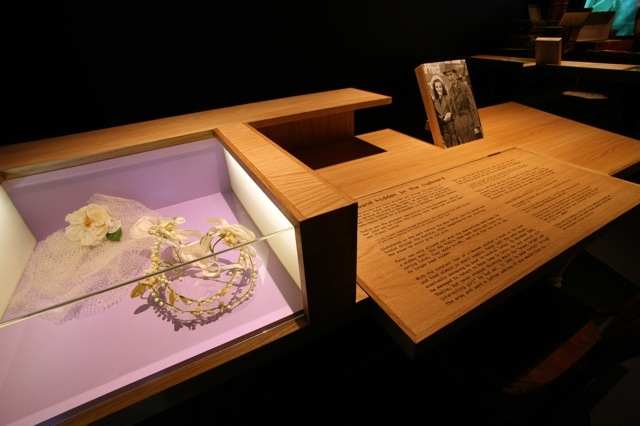 Between 1942 and 1948, about 3700 women (and 1000 children) from 37 different countries came to New Zealand to start married life. These were women who had fallen in love with New Zealand servicemen during World War II. As the Minister of Defence it was Frederick Jones’ job to oversee their move to New Zealand.

Mr. Jones’ Wives tells war brides’ stories, from the love letters that kept romance alive during the uncertain days of war, to the voyage out onboard ‘bride ships’ and the experience of settling in a new land far from home.