Madelyn Shaw is the Curator of Textiles at the National Museum of American History, Smithsonian Institution in Washington DC. She specialises in the exploration of American culture and history through textiles and dress.

Madelyn is visiting New Zealand in April / May for a conference. Much to our delight, the CTANZ has been able to encourage her to extend her stay in order to present a series of lectures in Auckland, Wellington and Dunedin focusing on different aspects of textile histories, from women pilots to ‘exoticism’ in fashion.

High Flown Fashion: Women Pilots and the Selling of Aviation, 1909-39

In 1928, Amelia Earhart became the first woman to cross the Atlantic Ocean by air, when she rode as a passenger in a plane captained and navigated by two men.  This flight, coming a year after Charles Lindbergh’s nonstop solo flight between New York and Paris in May 1927, heightened the marketing frenzy among manufacturers and designers eager to share in the lustre of aviation’s heroes.  Earhart (who later made the trans-Atlantic flight on her own) joined Lindbergh as the most influential spokespersons for American aviation. 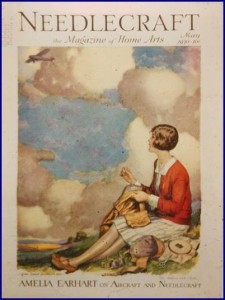 But the years between 1909 and 1939, sometimes considered aviation’s “Golden Age,” produced many female pilots—household names in their day—who worked hard for the cause of aviation.  Women such as Harriet Quimby, Amy Johnson, Louise Thaden, Anne Morrow Lindbergh, Elinor Smith, Ruth Nichols, Fay Gillis, and Jacqueline Cochran played important roles in socializing aviation, through their flying skills and their public images.  This talk explores how “clothes made the [wo]man,” helping female pilots promote aviation as a safe, commonplace mode of transportation. 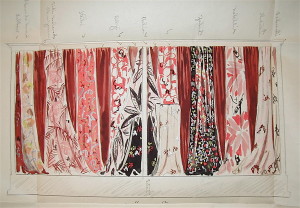 ”Exoticism’ as it applies to fashion might be defined as viewing ‘the other’ in a romantic light, resulting in mining other cultures for styles, motifs, techniques, silhouettes, colors, patterns – all the elements of design – in order to create a marketable design novelty.  This illustrated talk explores the taste for the romance of exoticism and how it continues to influence fashion today, exploring how the quest for novelty and lure of exoticism can create a cultural connection that transcends romance. [A version of Exoticism in Fashion was published in an anthology, Global Textile Encounters, by the Danish Centre for Textile Research, University of Copenhagen.] 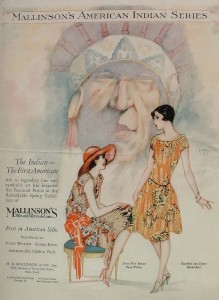 Madelyn Shaw is the Curator of Textiles at the National Museum of American History, Smithsonian Institution. Recent projects include an award-winning Civil War sesquicentennial book and traveling exhibition, Homefront & Battlefield: Quilts & Context in the Civil War, the exhibition Color Revolution: Science Meets Style in the 1960s; and the book Clothing through American History: The British Colonial Era for ABC-Clio Press. She contributed the case study “H. R. Mallinson & Company” to American Silk: Entrepreneurs & Artifacts, 1830-1930, winner of the Millia Davenport Award. Ms. Shaw has previously held curatorial and administrative positions at the Museum at FIT, the Textile Museum, the RISD Museum, the New Bedford Whaling Museum, and the Heritage Museums and Gardens.

CTANZ would like to thank co-hosts, the Auckland War Memorial Museum, Otago Museum and Otago Polytechnic, for making this tour possible.