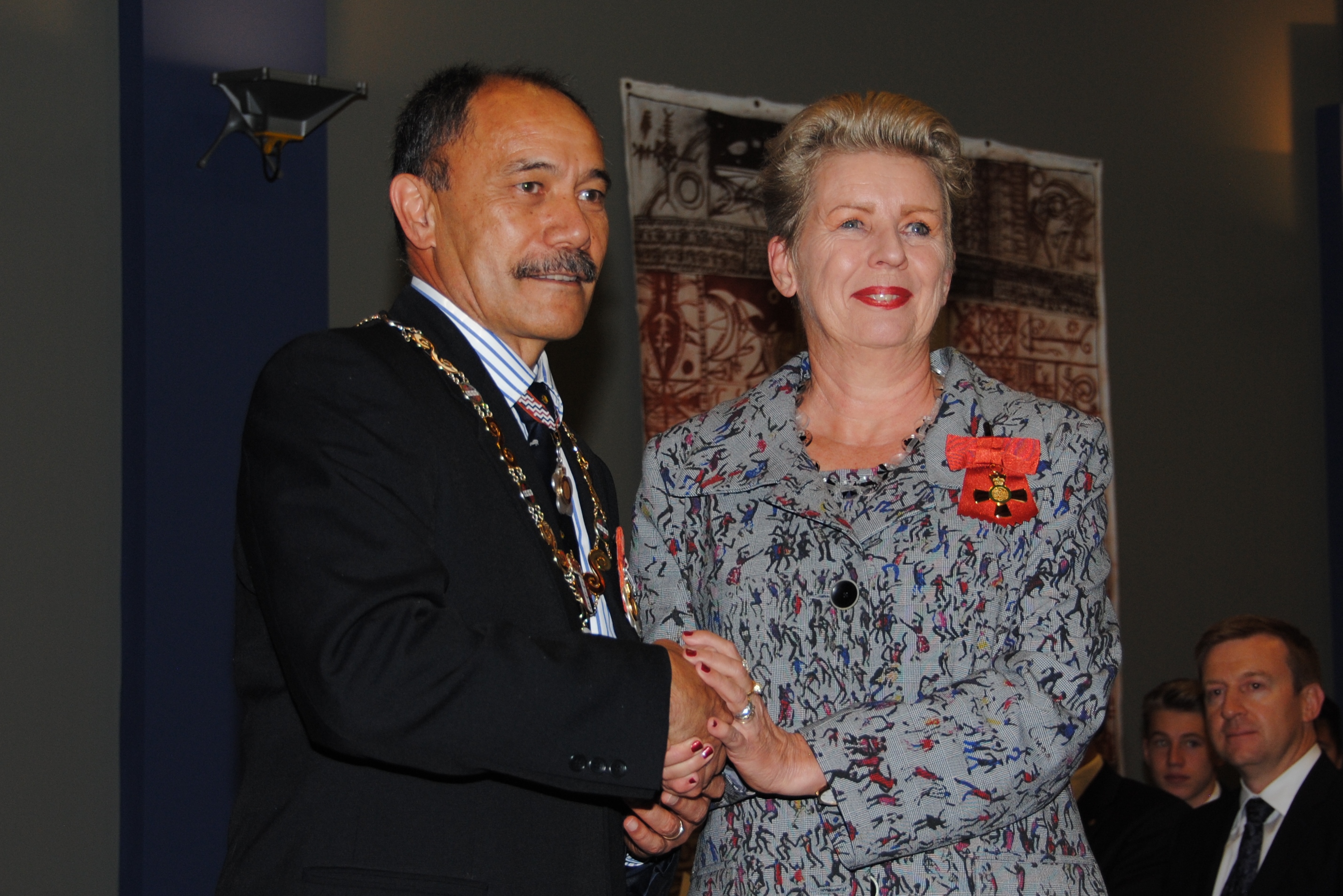 Doris de Pont, designer and founder of the New Zealand Fashion Museum (and CTANZ member), became a member of the ONZM on Wednesday 8 May at an investiture ceremony at Government House in Auckland. Doris was recognised in the New Year’s Honours list for her work for fashion and the museum.

Doris describes the investiture as “a really lovely event with suitable gravitas but still very relaxed and personal with time and attention for all recipients and their families”. After the Governor-General’s welcome, a gentleman with “beautiful and impeccably modulated voice” (Radio NZ’s Hewitt Humphrey) reads out the citations, with the recipient stepping forward at the last sentence for a personal word while the medal is pinned. Followed by tea and champagne, elegant sandwiches and petits fours and photos for everyone with Sir Jerry and Lady Janine Mataparae. Doris was also among a small group of recipients from these ceremonies to be invited to the investiture dinner at Government House.

The award recognises Doris’s contribution to New Zealand; it also recognises that fashion is itself an area in which people can make a contribution to the country.  A shame that the NZ Herald and both TV channels decided that their readers would only be interested in the sporting recipients of awards that day.

But from us, warm congratulations, Doris, on a well-earned and fabulous bit of bling.

This entry was posted in Awards, CTANZ people. Bookmark the permalink.