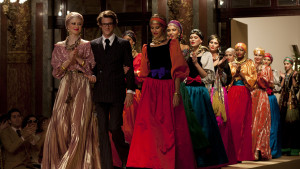 Winter means the NZ International Film Festival, and the Auckland and Wellington  programmes are out, with the rest of the country imminent. As usual, a few style films have found their way into the lineup.  After appearing in Advanced Style, Iris Apfel gets the screen to herself in Albert Maysles’s final film (four screenings in Auckland, five in Wellington). Then there’s the other YSL biopic, Bertrand Bonello’s unauthorised Saint Laurent, which heads towards the triumph of 1976 but may or may not have more of the fashion and less of the nightclubs.

There’s only recently been buzz about the third: Gillian Armstrong’s Women He’s Undressed, about Hollywood golden age costume designer Orry George Kelly, whose credits include Casablanca and Some Like it Hot. (This comes with a short about Douglas Sirk and vanity tables, which looks intriguing.) 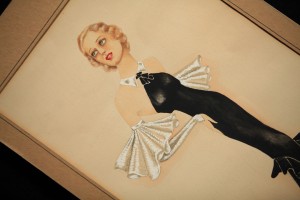 And if you just want a film that isn’t necessarily about style but just looks really, really good, there’s Kiss me Kate, the Cole Porter musical, singing and dancing in outragrous 3D technicolour, and The Colour of Pomegranates (Armenia, 1969) – check out the link to get a taste for how sumptuous this is.

The links to the films are all to the Auckland site for convenience; check schedules via the specific city links below.

And of course, nine other locations along the way…